This study aims to identify factors that have a positive causal effect on the performance of straight kicks which have bad, good, and very good categories. In this case, it is necessary to prove the straight kick movement factor, namely the explosive power factor of the leg muscles. This type of research is quantitative research using correlation research design with causal associative method. The population in this study amounted to 32 people. So that the sample in this study is a population of 32 pencak silat athletes.

Data were collected using measurements of the three variables. The explosive power of the leg muscles was tested with a vertical jump. While the ability to kick straight is measured by a test kicking straight to the Sandsack. Data were analyzed by simple regression of one predictor. 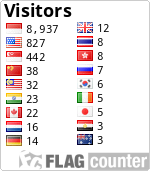